Alibaba Continues to Deliver Rapid Growth and Is Incredibly Cheap

[8/29/2019]In its June quarter announced on Aug. 15, Alibaba (BABA) once again beat on both the top and bottom lines, and once again, the market largely under-reacted. For now, the trade war remains at the forefront of every investors’ mind. But in time, this will get resolved and investors will come to appreciate just how cheap Alibaba’s shares are.

Download Now: To be a profitable investor you first need to know the rules. Get Jim Cramer’s 25 Rules for Investing Special Report 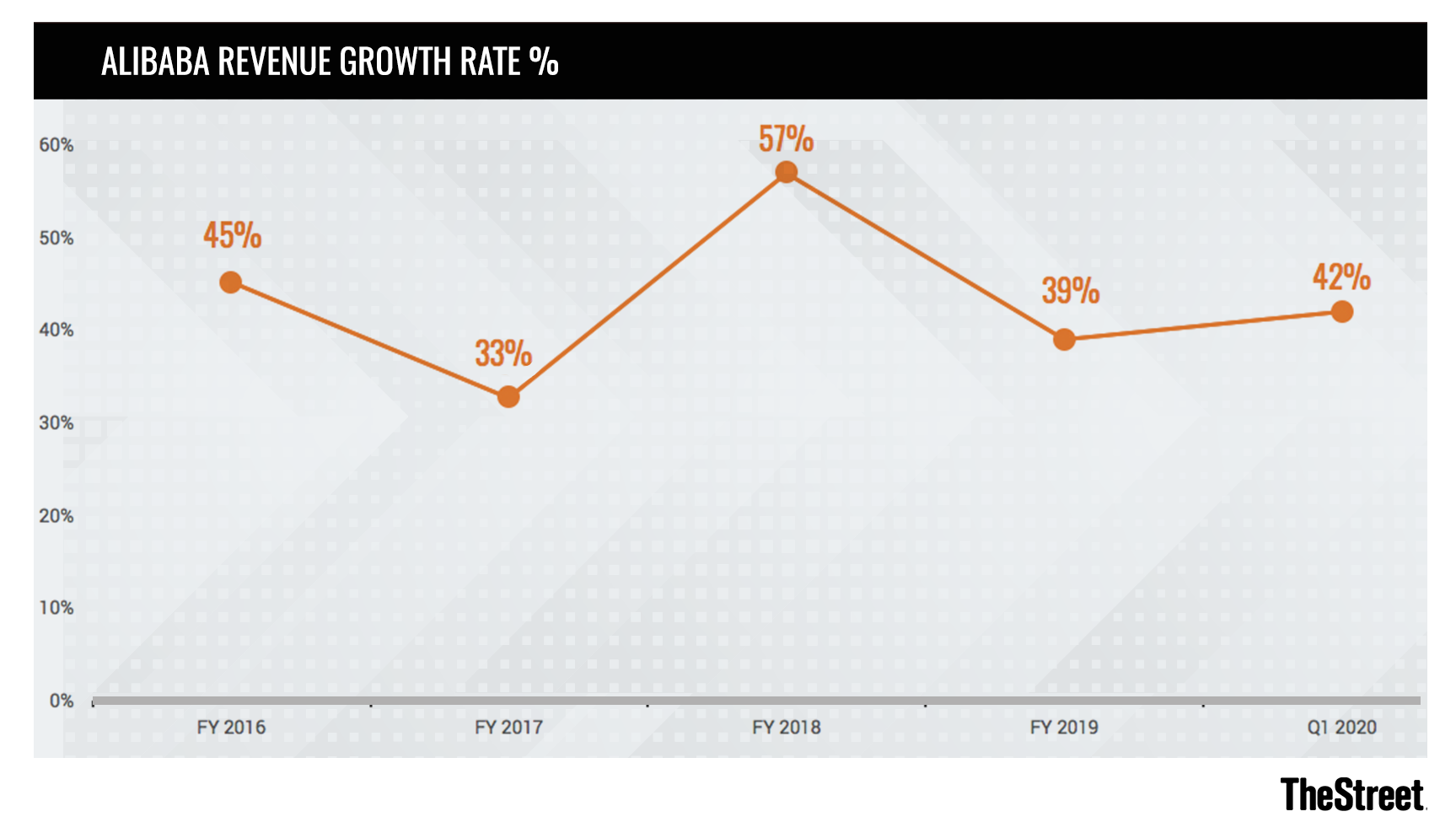 For now, however, investors are less enthused over Alibaba’s growth rates and are instead caught up in the minutiae of every twist and turn around the trade war. Over the long-term, though, there is no question that Alibaba is a terrific operation with a resounding business model.

Looking back to the 2017-18 period, Chinese stocks were all the rage on Wall Street. Investors were throwing caution to the wind, and any stock with exposure to China was being rewarded with a large trading multiple.

Today, the pendulum has swung in the opposite direction. While investors are not completely fearful of Chinese stocks, there is an excessive amount of skepticism and caution over investing in Chinese companies. But in time, this too will pass.

In fact, the message coming from Alibaba Executive Vice Chairman Joe Tsai was an unswerving assertion that Alibaba will be a huge beneficiary of China becoming a mass importer of goods. Offering analysts and investors a range of reasons for this claim, including the 300 million people in China who are now joining the middle class, with wants and needs for high-quality brands and imported products.

Also, lower-tier cities in China are urbanizing at a rapid clip and are expected to help grow the economy from $2.3 trillion today to nearly $7 trillion by the year 2030. All in all, Alibaba has the right business model with very strong secular tailwinds at its back.

Digging into the fiscal Q1 2020 results, unlike previous quarters, Alibaba’s top-line percolated all the way down the income statement, with EBITDA up 34% year-over-year. And what was particularly strong this time was the role of the share repurchase program which boosted Alibaba’s non-GAAP diluted EPS numbers by 56% to RMB 12.55 ($1.83).

Given the fact that Alibaba’s balance sheet is robust, with cash and equivalents of RMB212 billion ($29.6 billion), Alibaba’s management now believes that the best use of its capital at present is to deploy close to 20% of its cash hoard towards share repurchases over the next two years.

The above table is a stark reminder that Chinese stocks have all fallen from grace. Looking over the more stable P/Sales ratio of each one of the top Chinese companies today compared with their historical averages, you can see they have all seen their multiples compressed, despite these companies continuing to deliver impressive growth.

Back in the U.S., e-commerce giant Amazon (AMZN)  long ago stopped posting growth rates in the mid-30s%. Including Amazon’s Q3 2019 guidance, it will be four quarters since Amazon will have posted even mid-20s% revenue growth.

Yet, for now, the table above reflects that expectations remain soaring high, as investors continue to fundamentally believe in e-commerce growth rates. Having said that, Amazon is arguably an outlier which has proven time and time again that it can disrupt multiple industries, so perhaps that is indeed one stock which deserves a premium valuation.

There is no question that Alibaba’s growth rates are robust and showing no signs of slowing down. Moreover, its strong financial position allows Alibaba to repurchase its own shares, when the discount between its valuation and intrinsic value becomes too wide.

However, for now, investors are highly sensitive to any exposure to Chinese companies. But in time, investors will come to understand that Alibaba’s long-term potential is unaffected by potential trade sanctions.

View all posts by: Admin